Our eldest turned 6 this week! I know for everyone, 5 is a big milestone, but for us, turning SIX was huge! We now ‘officially’ start our homeschooling journey. He no longer forms any resemblance to an infant/preschooler/baby. He is all child, all BIG boy, in body and mind, and that is both sad and exciting!!

To celebrate, we held a LEGO party!! 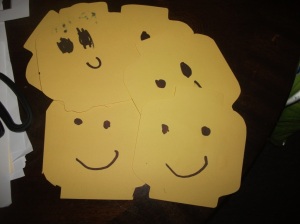 The perfectionist in me wanted to draw the faces myself, but Mr to-be-6 was determined to do them himself (and rightly so!). They make me smile!

We held the party at a local park, because he really wanted a new scooter and to play at the skate bowl. I’ve never had a party out of our home before, I was suprised how easy it was!

and made up lego-head blowers too! These were such a hit with the kids – amazing how the simple stuff captures them aye!?!?! 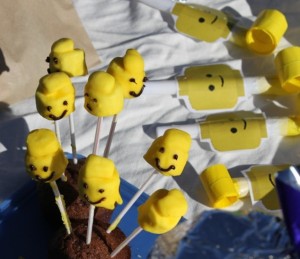 We served some of the food in lego containers, which were brand new and now make up his room decor!!!

I also bought a couple of new packs of lego, lego books, and DVDs, which again doubled as both decorations and presents.

Of course, the piece-de-resistance of every party is the cake! This has to be the easiest cake I’ve ever had to make for the kids birthdays!!! I’ll post up a tutorial next week 🙂

Those are also lego-brick chocolate slice in yellow! 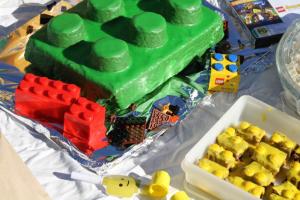 ked fantastic and the child-of-honour was truely happy (mostly because he was allowed lemonade to drink, I suspect!!)

Each of the kids also got a goody bag, with lego crayons and a lego colouring book, balloons and chocolate. Very cute!

And he got his scooter. I have to say I’m stunned at how these things can cost so much, but even I can ride it and it is pretty fun!!!

Looking for the joy.

This site uses Akismet to reduce spam. Learn how your comment data is processed.

Looking for the joy.

Alisa Muir - April 30, 2015
0
Being a mother brings out different things in different people. Some people ooze love and adoration for motherhood. Other are more reserved. Others serious. And sometimes it...